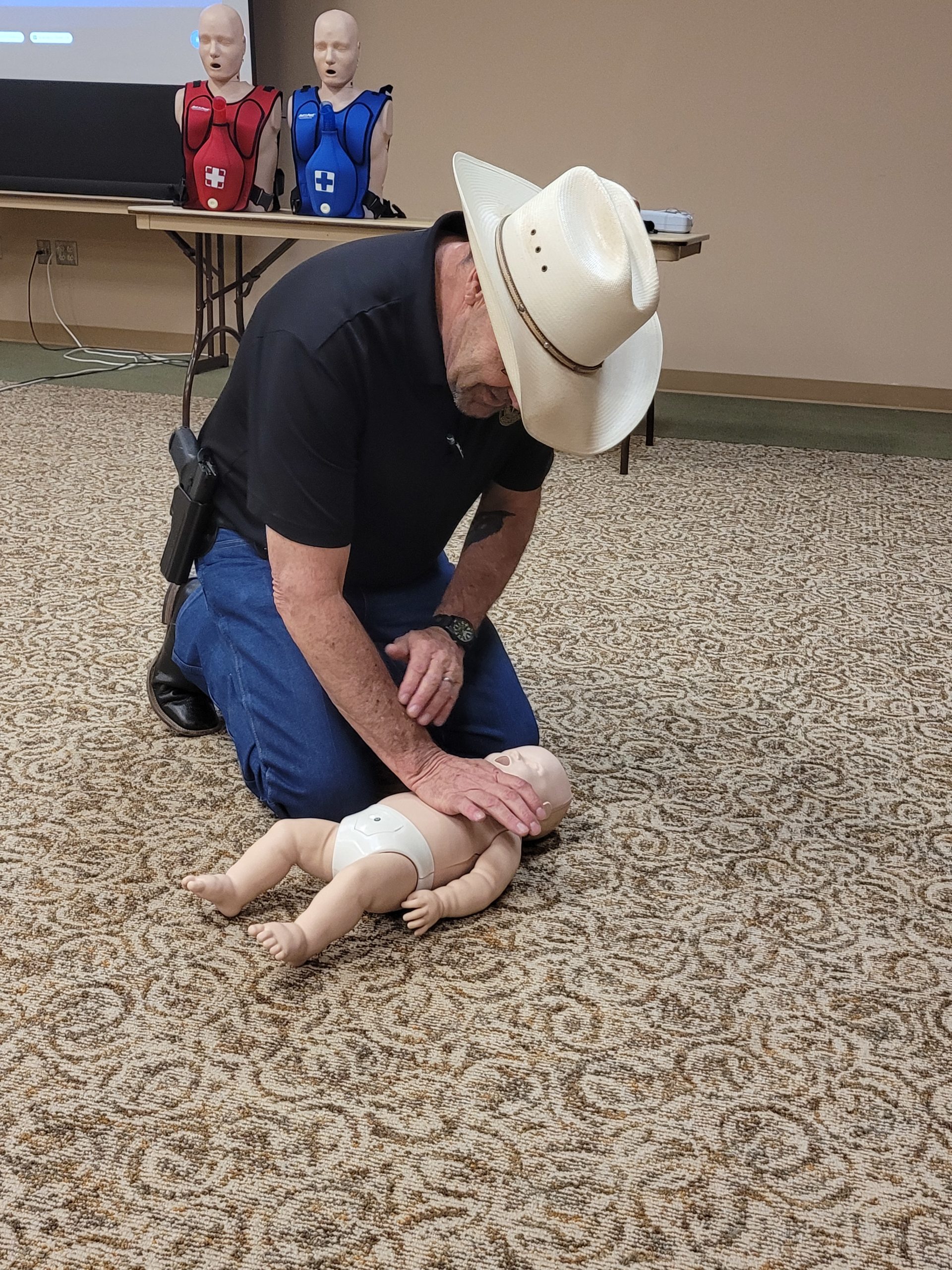 The Shelby County Sheriff’s Office hosted a CPR/AED training course at the Windham Civic Center on August 1st and 2nd. The course was instructed by Shelby County Sheriff’s Office CID Lieutenant DJ Dickerson, who is also the Training Coordinator for the Sheriff’s Office, as well as a CPR/AED/First Aid instructor. This course was primarily for the telecommunicators of the Shelby County Sheriff’s Office and the Center Police Department, due to the recent House Bill 786 that was passed in the 87th Legislature that cited the following: “There are concerns about the low rate of survival for people who experience sudden cardiac arrest outside of a hospital setting. Evidence indicates that early administration of CPR has a positive impact on a patient’s chance of survival. When a person dials 9-1-1, they are in communication with a dispatcher who then directs paramedics to arrive at the scene. It has been suggested that if 9-1-1 dispatchers and other licensed telecommunicators received CPR training they would be able to coach the caller through administering CPR while the paramedics are enroute, thus giving the patient a better chance of recovery. H.B. 786 seeks to require telecommunicators to receive this training as part of their initial licensure training and on an ongoing basis as part of their continuing education” (Senate Research Center, H.B. 786, 87R9746 KKR-D).

In addition to the telecommunicators who are mandated to undergo CPR certification, Sheriff Kevin W. Windham attended the course, along with additional personnel from the Jail Division, Patrol/CID Division, as well as administrative staff. Sheriff Windham advised that it is his intention that all Shelby County Sheriff’s Office personnel receive this training, so the Sheriff’s Office personnel will be well prepared to render medical aid in the event of a medical emergency.

UPDATE: THE VEHICLE HAS BEEN LOCATED The Shelby County Sheriff’s Office is investigating the theft...

The SCSO is seeking the whereabouts of 15 year-old Tatiana Gordwin. Gordwin has been missing from...