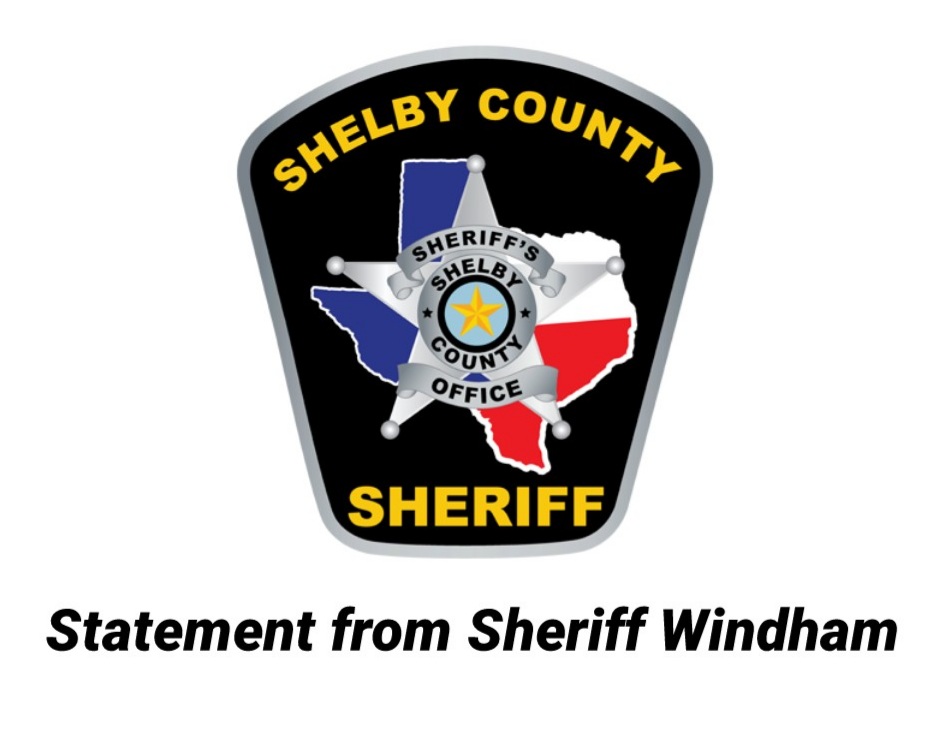 Upon taking the oath to be your Sheriff, I made a promise to the citizens of Shelby County to always be transparent. I promised to keep the public informed whether it is good or bad. While it is often hard to admit when there is a problem, a promise is a promise, and honesty is always the best route to take.

On Tuesday, July 6, 2021, it was discovered that contraband had been being brought into our jail. Seven trustees were removed from their status and placed back into regular cells. After further investigation, we have concluded the process on how the contraband was being brought into the jail. A criminal investigation is underway and charges are expected to follow for those involved in this situation.

Going forward, the SCSO has implemented changes on items brought into the jail. Trustees, inside and outside, will NO LONGER be allowed to receive items from outside the jail. Medications will be the only items allowed to be brought in from outside the facility, this applies to all inmates. All medication must be in a sealed container from a pharmacy, and only prescription medications will be accepted. Any individual dropping off medications must present a valid ID and sign a release form.

Money will no longer be released from an inmate. All monies will remain on the inmates account unless otherwise approved by myself.

As your Sheriff, I will continue to be transparent on the operations at the Shelby County Sheriff’s Office. My door is always open. Thank you for your continued support of our office.

The Shelby County Sheriff's Office is asking for your assistance in identifying the suspect...

Due to the increasing spread of COVID, ALL visitation at the Shelby County Sheriff’s Office is...

A new Texas law taking effect on January 18, 2022 is aiming to protect dogs. It's called the Safe...