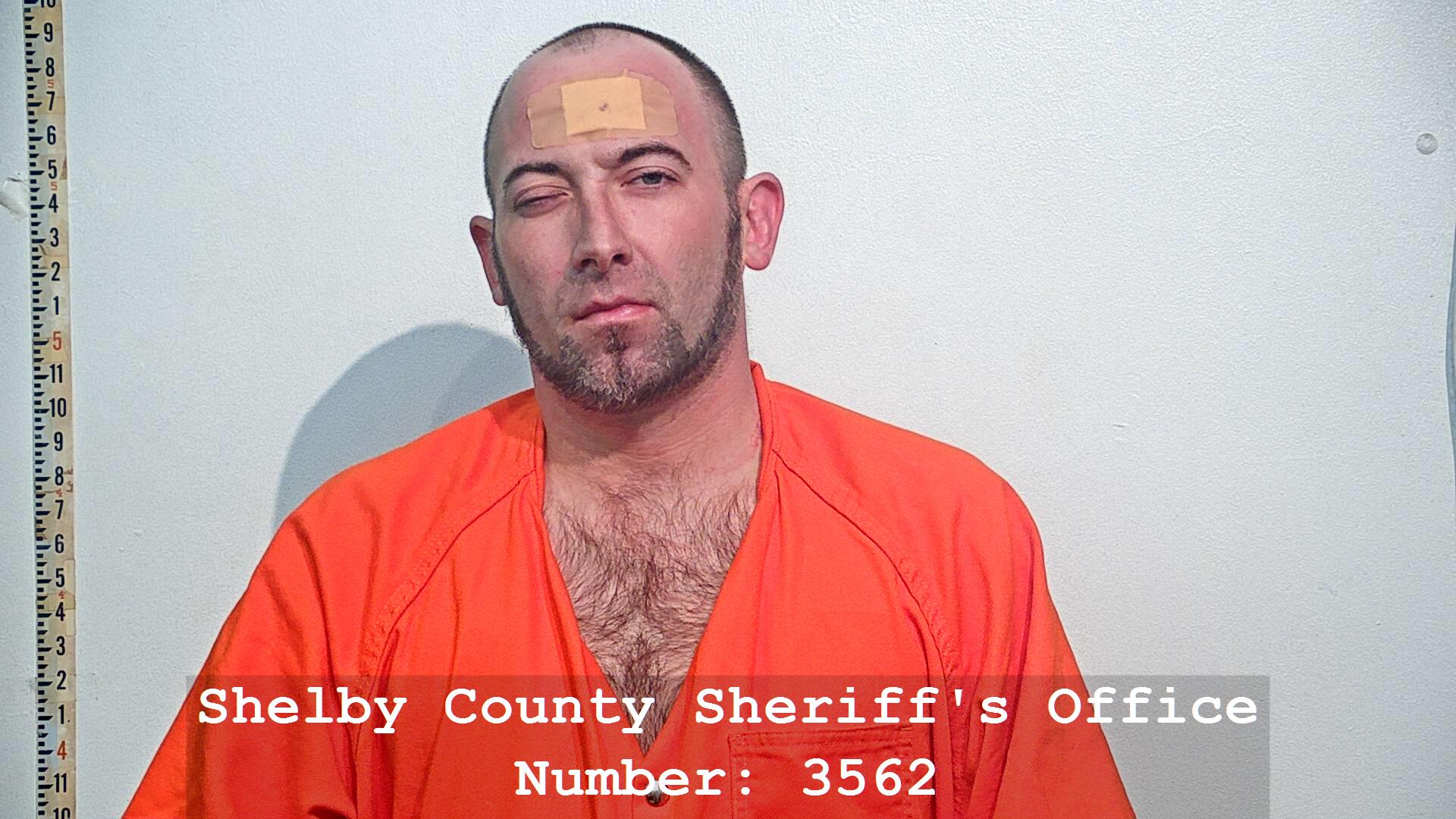 On Tuesday, December 1, 2021, deputies with the Shelby County Sheriff’s Office (SCSO) responded to a call for a welfare check at a residence on FM 417 in Shelbyville. Once on scene, deputies identified a male subject, Joshua Bearden, 32, of Shelbyville, at the residence and knew Bearden had an active warrant.

Deputies attempted to make contact with Bearden, who had entered a vehicle located at the residence in an attempt to flee the property. Bearden exited the property through a ditch and began traveling West on FM 417. At the intersection of FM 417 and Hwy 87 S, deputies began following Bearden as he turned onto Hwy 87 S, and gave verbal command over the PA speaker for Bearden to stop the vehicle. Bearden refused to stop the vehicle, and led deputies in a pursuit down Hwy 87 S to FM 147.

Bearden was booked into the Shelby County Jail and charged with Terroristic Threat on a Peace Officer (SJF); DWI 3rd or More (F-3); Evading Arrest with a Vehicle (F-3); Driving while license suspended (M-B); and FTA: OC: DWI 3rd or more (F-3). Bearden is housed on bonds totaling $50,500.00.