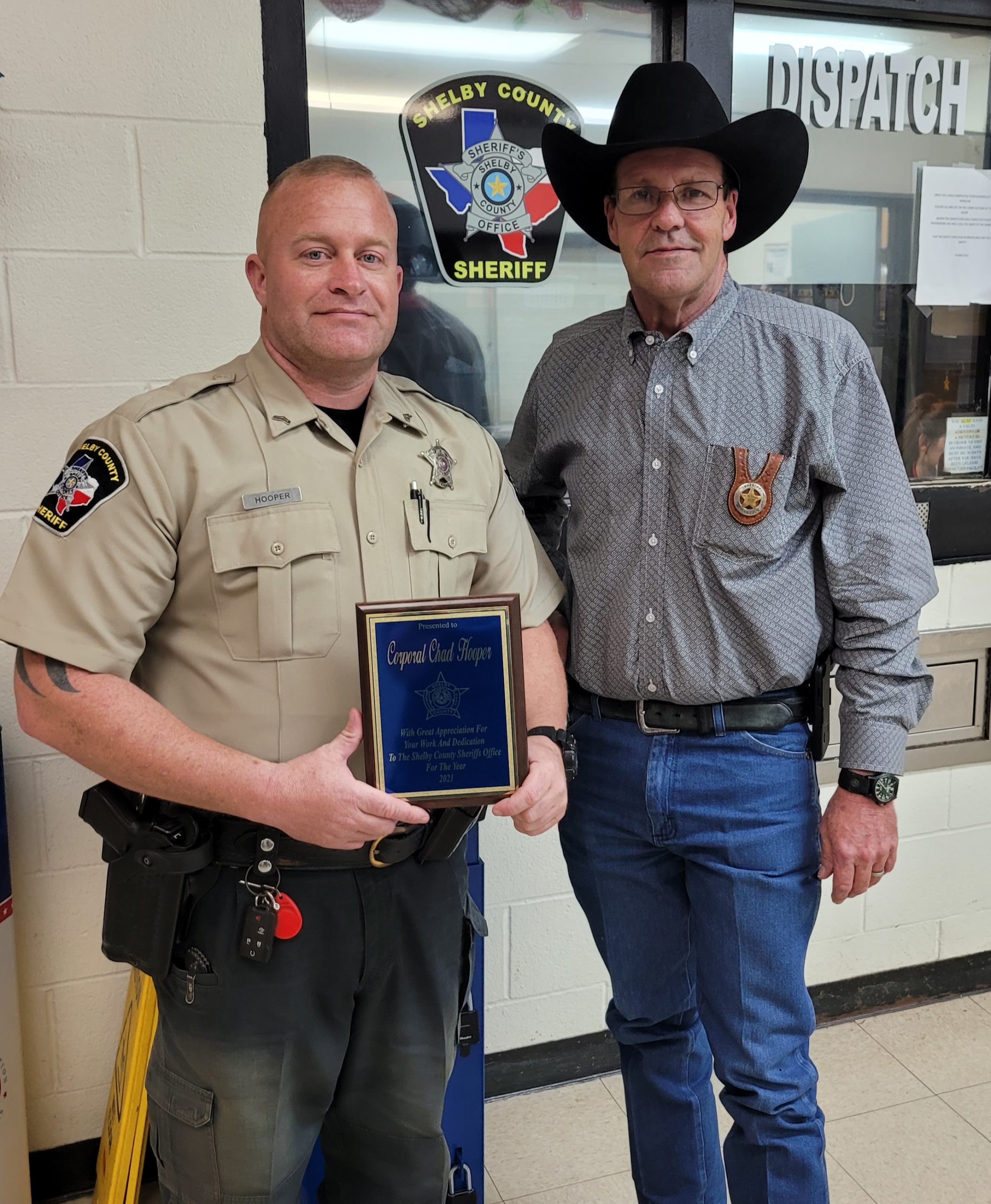 Deputy Hooper began his career at the SCSO in March 2019. He was promoted to Corporal in May 2021. He graduated from the East Texas Police Academy in Kilgore in 2018.

“I am honored to serve the citizens of Shelby County. My grandfather, Don Hooper was a lifetime resident of Shelby County and my great grandfather Charles Carter “C.C” Hooper served as Shelby County Constable in 1913,” stated Deputy Hooper. “Without my partner, Misty Ray, and the people that surround me, none of this would be possible. It is an honor to work for this department and I look forward to many years of service to this county.”

Prior to becoming an officer, he began his career in law enforcement in 2007 working as a correctional officer for the Angelina County Sheriff’s Office. He promoted through the ranks to become the jail warden and holds a master jailers license. He also worked as a correctional officer for the Nacogdoches County Sheriff’s Office for a period of time.

“In the period of time we have had Deputy Hooper with our office, he has shown tremendous leadership. He takes initiative and is always willing to step up and fill in wherever requested. He is an incredibly hard worker and he truly cares about this county,” stated Sheriff Windham. “Deputy Hooper is the kind of officer that any department would be very proud to have. Shelby County and our office is very fortunate to have him.