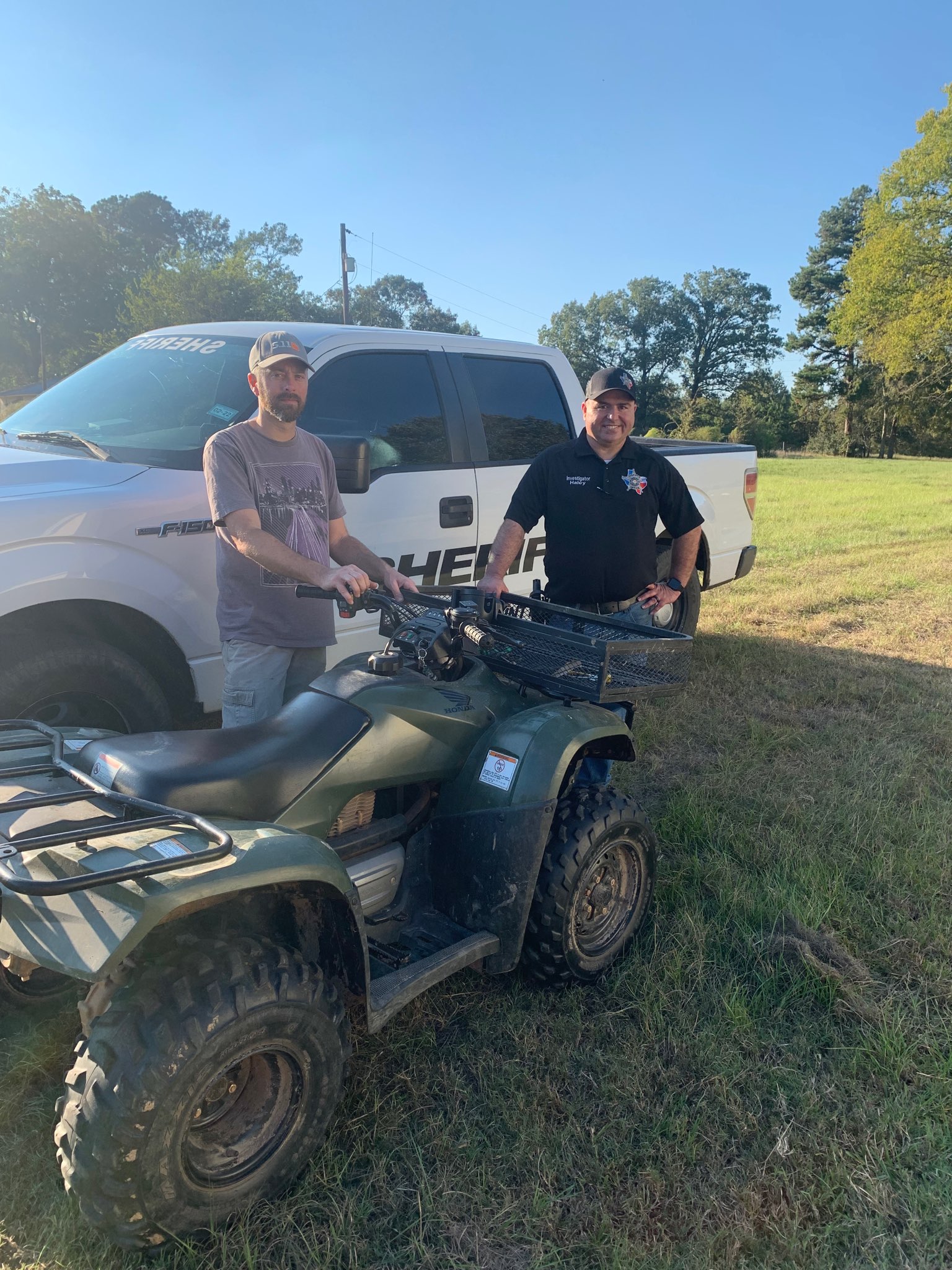 On Saturday, October 9, 2021, a deputy with the Shelby County Sheriff’s Office was dispatched to a residence on FM 138 in Timpson in regards to a burglary. Once on scene, the deputy met with the homeowner and was informed that the property had been burglarized and several items, including power tools and a four-wheeler, had been removed without permission.

Investigator David Haley, Contstable Taylor Fanguy and Constable Josh Tipton arrived on scene and went next door to a residence to see if the homeowner had noticed anything suspicious. The homeowner stated Hendricks had been staying at her property and granted officers to look in her residence. Officers were able to locate several items on the homeowners’ property that had been stolen.

Hendricks was taken into custody and transported to the Shelby County Jail. He was charged with Burglary of a Habitation (F-2) and currently remains in custody on a $10,000 bond. The property recovered was returned to the homeowner.

The SCSO would like to thank Constable Tipton and Constable Fanguy for their assistance with this situation.

The Shelby County Sheriff’s Office is investigating the theft of a 4-wheeler. On or about December...